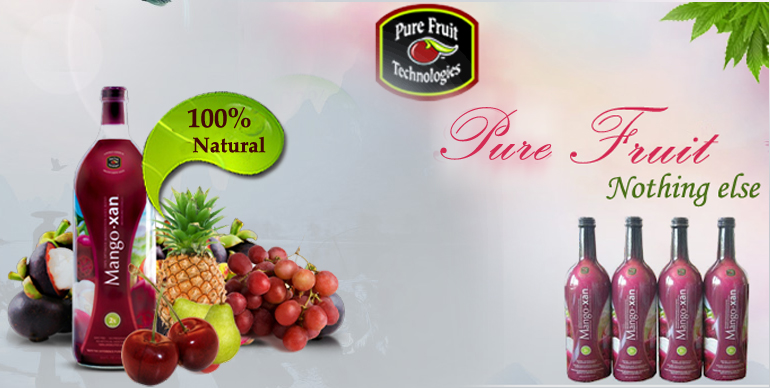 Great Britain is known for many things – a love of tea, being terrible when it comes to sport, being able to create inedible looking dishes from high fat foods that the population swear are the most delicious foods ever – but the UK is not known for being a nation overly concerned with healthy eating. The existence of the pasty pie and sausage roll all attest to how much taste is valued over nutrition. However, as much as the stereotype would have you believe that the British population isn’t concerned with health, having health alternatives that taste great are becoming more and more of a priority in the diets of people from every class in the British social spectrum.

Fruit juices are something that are especially valued by the British population. Orange juice with breakfast is a staple that most people can’t do without – a health way to start the day, but there is another form of fruit juice that provides 100% of the recommended daily amount of vitamin C and is an exceptionally healthy alternative.

Though mangosteen is something new to western diets, it isn’t a new discovery or creation. Mangosteen is also known as Purple Mangosteen or Garcinia Mangostana and has been a staple ingredient in Chinese medicine for centuries. Records indicate that it was used as far back as the Ming Dynasty. However, mangosteen has not just been limited to Chinese medicine; it has been used in medicine throughout Asia. Most commonly, mangosteen has been used to treat skin conditions like eczema as well as parasitic skin infections.

The Mangosteen fruit is packed full of vitamins and other essential vitamins which are all crammed into Mangoxan juice. Mangoxan juice has high concentration levels of vitamin C as well as calcium, iron, phosphorus, vitamin B6, sodium, zinc, vitamin A, potassium, copper, zinc, manganese and vitamin B12. The xanthones found in the Mangosteen fruit and peel support every system in your body by seeking out and stabilizing free radicals.

When it comes to healthy hair and skin, there are so many different lotions, potions and differing hair products that the British spend thousands of pounds on every year, just to look healthy. It isn’t just women, but men as well. Mangosteen is a fruit that can help maintain healthy hair and skin without the need for lots of these products. This is because of the anti-allergy, anti-inflammatory, anti-oxidant, anti-bacterial and anti-fungal properties that are contained within the mangosteen pulp and rind.

All these different properties are helpful, not only for maintaining healthy hair and skin, but also in helping to treat skin conditions such as eczema, often with more promising results than using the medicinal creams that are often prescribed for such conditions.

Cancer is a terrifying word for most people to hear and in the UK there are 2.5 million people that have been diagnosed with some type of cancer and the trends suggest that 1,000 people per day will be diagnosed with cancer in the UK during 2016. The most common types of cancer for people in the UK to suffer from are breast, prostate, bowl and lung cancer.

Though mangosteen on its own can’t eradicate cancer, the xanthones that are contained within the fruit have been shown to inhibit cell growth in bowel and colon cancers and there is hope that mangosteen could be developed into a cancer prevention treatment when used in conjunction with other anti-cancer treatments and drugs. This can help to increase survival rates and reduce the reoccurrence of cancer in those who have gone into remission.

Cardiovascular disease is the UK’s biggest killer and has different types, though the four main types that people in the UK suffer from are coronary heart disease, stroke, peripheral arterial disease and aortic disease. There are thought to be 7 million men and women in the UK who are living with cardiovascular disease, with numbers set to rise as longevity increases. Mangosteen is one Superfood that is extremely good news for those suffering from cardiovascular disease as it has been shown to reduce the risk of myocardial infarction (heart attack).

With a cold and damp climate, a strong immune system is essential to helping those in the UK survive all manner of maladies and ailments, including the dreaded man flu. Mangosteen is one of the few fruits, and indeed, Superfoods, that can have a positive impact on the immune system without the influence of supplements or other immune system boosters. This is because of the high levels of minerals, xanthones, vitamins and nutrients that are all contained within the mangosteen. Not only can the minerals, vitamins, nutrients and xanthones help to improve the immune system, but the overall health of the people who eat mangosteen or drink mangoxan juice on a regular basis.

Who are PFT Brands and what is Mangoxan?

PFT or Pure Fruit Technologies is the USA’s 1st manufacturer of mangosteen juice. In order to make the most nourishing juice we possibly can, Pure Fruit Technologies have created a formula that blends together different juices from a variety of Superfood fruits and other pure fruit juices to create a delicious drink, Mangoxan, that is free from artificial sweeteners and additives. Instead it is packed full of xanthones, minerals, vitamins and phytonutrients.

Pure Fruit. Nothing else.