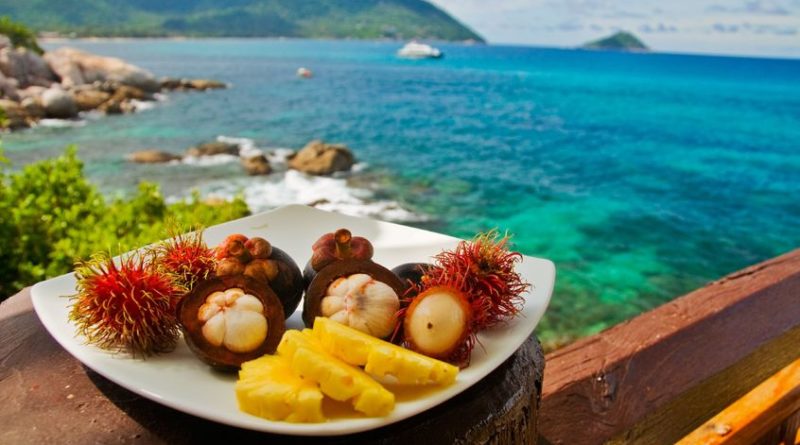 Xanthones are a class of chemical compounds, similar to vitamins, in that xanthones help the body’s cells to function correctly and optimally. A xanthone is composed of 3 diamond shaped rings resembling a part of a honey comb. Carbon and oxygen atoms make of the atomic backbone.

What do the xanthones in the pericarp of the mangosteen fruit do?

Anti-inflammatory – is known to inhibit swelling, tenderness, edema and pain.
Antioxidant – known to stop the harmful effects of free radicals in the body.
Cholesterol – inhibits the oxidation of LDL (the bad) cholesterol before it has a chance to damage the lining of an artery and cause a plaque to build up. In other words, reduces the risk of atherosclerosis.
Immune system – posses potent antibacterial, anti-viral and anti-fungal properties.
Anti-tumor properties – the xanthones from mangosteen inhibited growth of different types of liver cell cancer and showed promise with pancreatic cancer.
Digestive system – demonstrated anti-ulcer activity and helped the body overcome diarrhea and dysentery.
Anti-allergic – demonstrated to reduce the effects of allergic reactions of the body from common allergens to anaphylaxis.
Central nervous system – the mangosteen is shown to produce a therapeutic effect in both the treatment and prevention of Parkinson’s and Alzheimer’s disease
Skin – demonstrated to reduce the effects of dermatitis, eczema and skin infections.

How come we haven’t heard about xanthones before?
Xanthones are very restricted in occurrence. The majority of natural xanthones have been found in just two families of higher plants … Guttiferae (the family of the mangosteen) and Gentianaceae. The Guttiferae family contains over 1000 known species of plants that mainly confined to the tropics. The major exception to this is St. Johns Wort.

Is there any current research data to support how effective Xanthones are as compared to Vitamin A, C, E and other antioxidants i.e. lycopene combined?
Several xanthones have been used in experiments as antioxidants to protect LDL, the “bad cholesterol”, from being oxidized. In those studies alpha tocopherol (one of the forms of vitamin E) was used as a comparison and the xanthone was “more effective than the vitamin E at preventing the oxidation of LDL”. Catechins, the same elements as contained in green tea are also present in significant amounts in mangosteen. These substances in studies have been shown to be more potent as antioxidants than vitamin C.

Historical Medicinal Uses:
Dried fruits are shipped from Singapore to Calcutta and to China for medicinal use. The sliced and dried rind is powdered and administered to overcome dysentery. Made into an ointment, it is applied on eczema and other skin disorders. The rind decoction is taken to relieve diarrhea and cystitis, gonorrhea and gleet and is applied externally as an astringent lotion. A portion of the rind is steeped in water overnight and the infusion given as a remedy for chronic diarrhea in adults and children. Filipinos employ a decoction of the leaves and bark as a febrifuge used to treat thrush, diarrhea, dysentery and urinary disorders. In Malaya, an infusion of the leaves, combined with unripe banana and a little benzoin is applied to the wound of circumcision. A root decoction is taken to regulate menstruation. A bark extract called “amibiasine”, has been marketed for the treatment of amoebic dysentery.

Theory
The human body produces free radicals during everyday life. Free radicals are atoms or groups of atoms with an odd number of (unpaired) electrons. Free radicals are very unstable and react quickly with other compounds. Once formed, free radicals can start a chain reaction of cell damage finally resulting in death of the cell. Antioxidants, such as vitamins A, C, and E, and selenium, are chemicals found in whole foods (especially fruits and vegetables) that help to protect the body’s cells from the harmful effects of free radicals. Xanthone is a compound found in mangosteen fruit that may have antioxidant properties.

PubMed Alpha-mangostin and gamma-mangostin appear to be histaminergic and a serotonergic receptor blocking agents, respectively Chairungsrilerd 1996

PubMed Acyl-ACP thioesterases specific for each of the saturated acyl-ACP substrates from 8:0 through 16:0 have been cloned. 18:1-ACP specificity was found with G. mangostana acyl-ACP thioesterase. Mangosteen seed oil accumulates to 56% 18:0 (stearate) Hawkins 1998